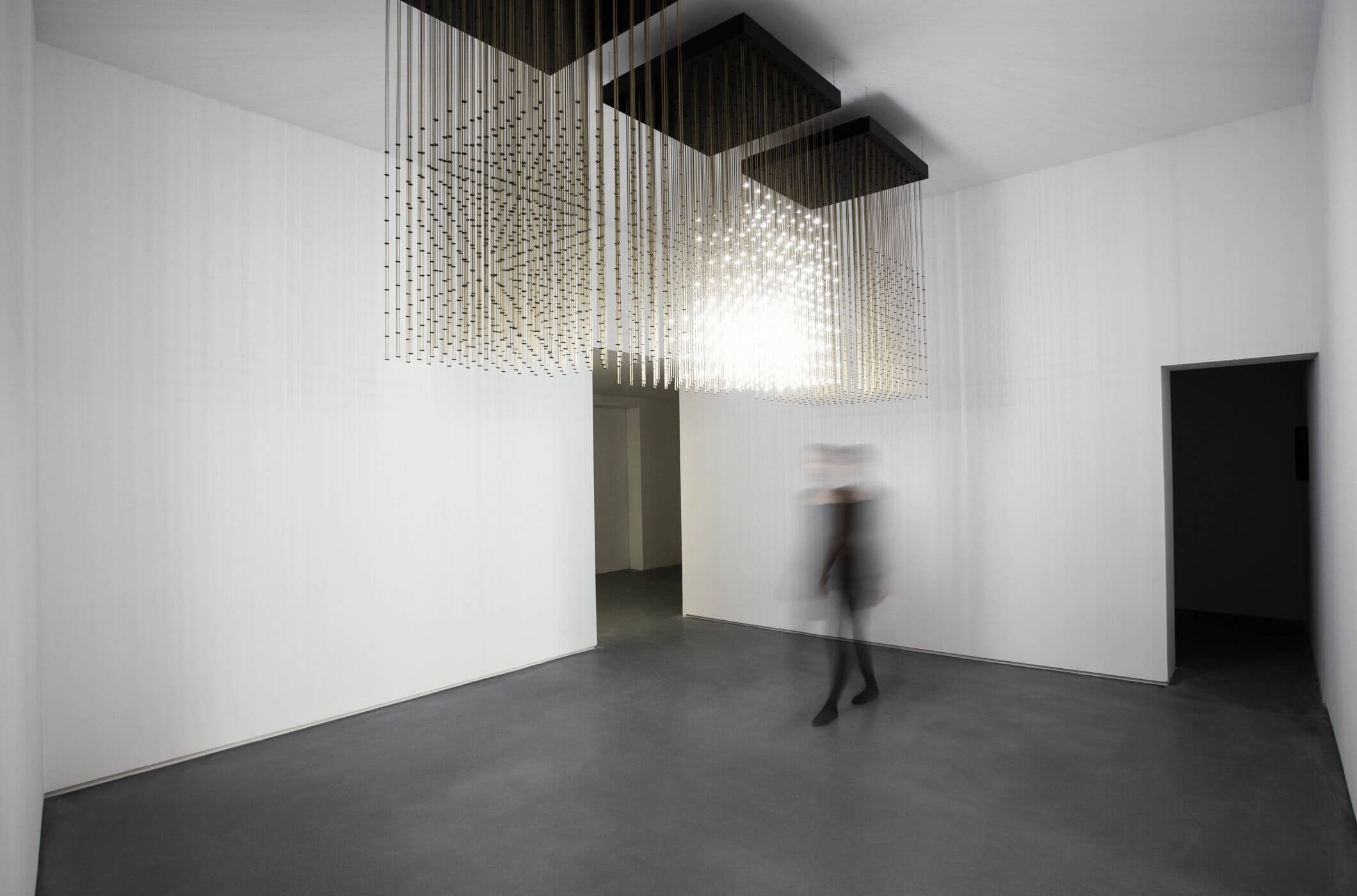 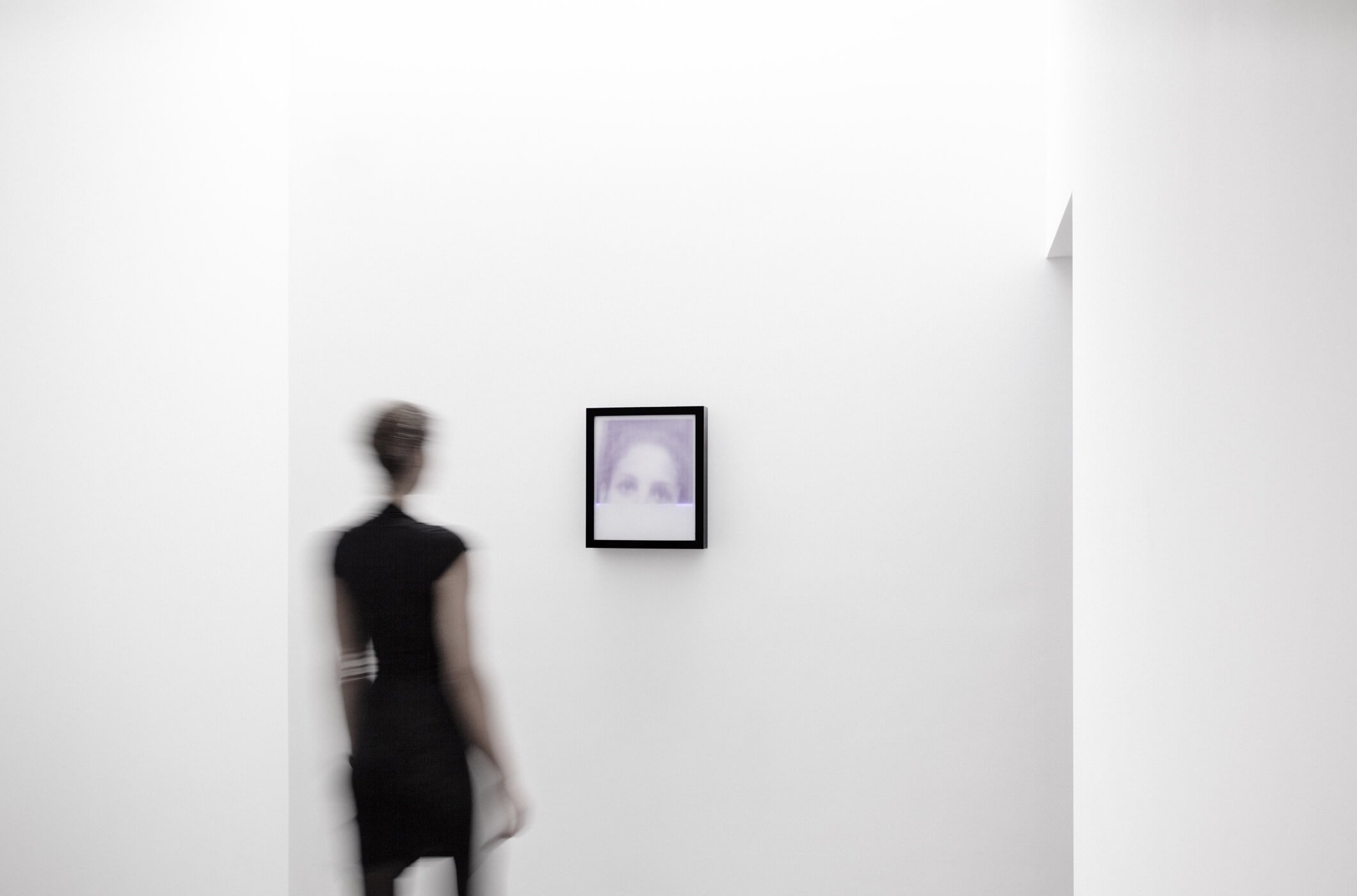 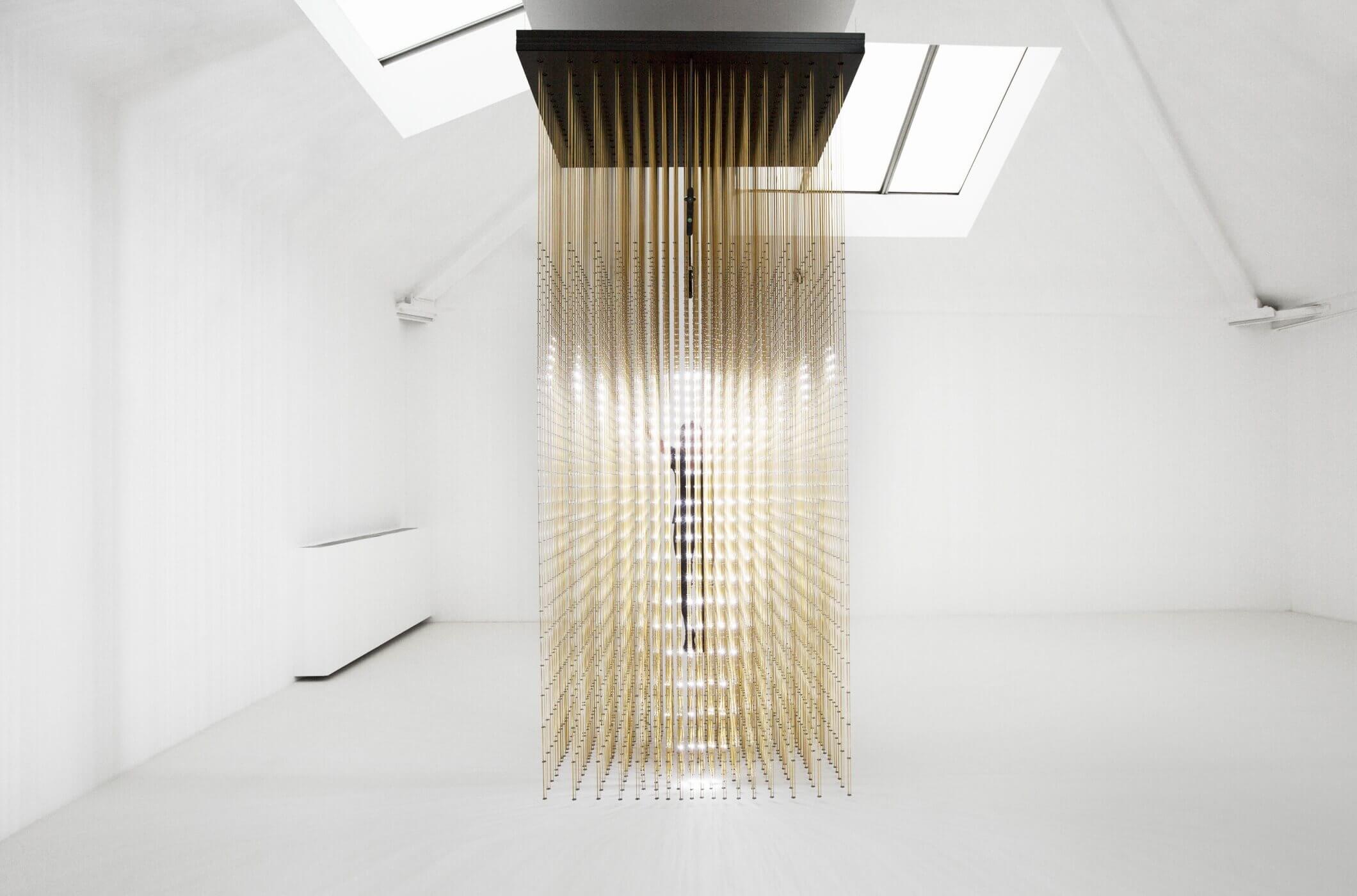 An awful lot happens without people being aware. They come to certain conclusions and even performs actions without ever really, consciously considering why. This is what forms both the impetus and the investigation of the studio’s work; we experiment. We attempt to simulate the natural by reducing the subtleties of behaviour down to the minimum required for recognition to explore our own, human, existence. / Random International, 2012.

London-based studio Random International has been creating kinetic artworks and interactive installations since 2005. In the short time since the studio’s inception, Random International has made a significant shift in focus from the object to the experience. Before The Rain chronicles this transition through the studio’s oeuvre, simultaneously exhibited to a fuller extent than ever before, alongside new works.

The acclaimed installation Audience marks an early investigation into performance, behaviour and therole of the viewer -something again explored in Study For A Mirror, Random International’s first piece for carpenters Workshop Gallery. 2010’s seminal work Swarm Light, which makes collective decision-making manifest in light, is testament to the studio’s first foray into extended behavioural research, which has since become crucial to the studio’s practice. Movement had been studied, in different ways, through oLeD work You Fade To Light, kinetic sculpture Fly and, most recently, performa- tive light.

Exploring both the passing and the perception of time through light and motion,Random International’s Study of Time has particular poignance in the context of this exhibition. Before The Rain explores the development of this unique studio and is a nod to their most significant tipping point yet, the forthcoming exhibition at Barbican curve,Rain Room.

On the occasion of FIAC’s Parcours Design, dancers from British company Wayne McGregor | Random Dance will perform in the gallery, interacting with the exhibited works by Random International on 18th October.

Random International
You Fade To Light

Random International
Study Of Time / I

Random International
Study For A Mirror 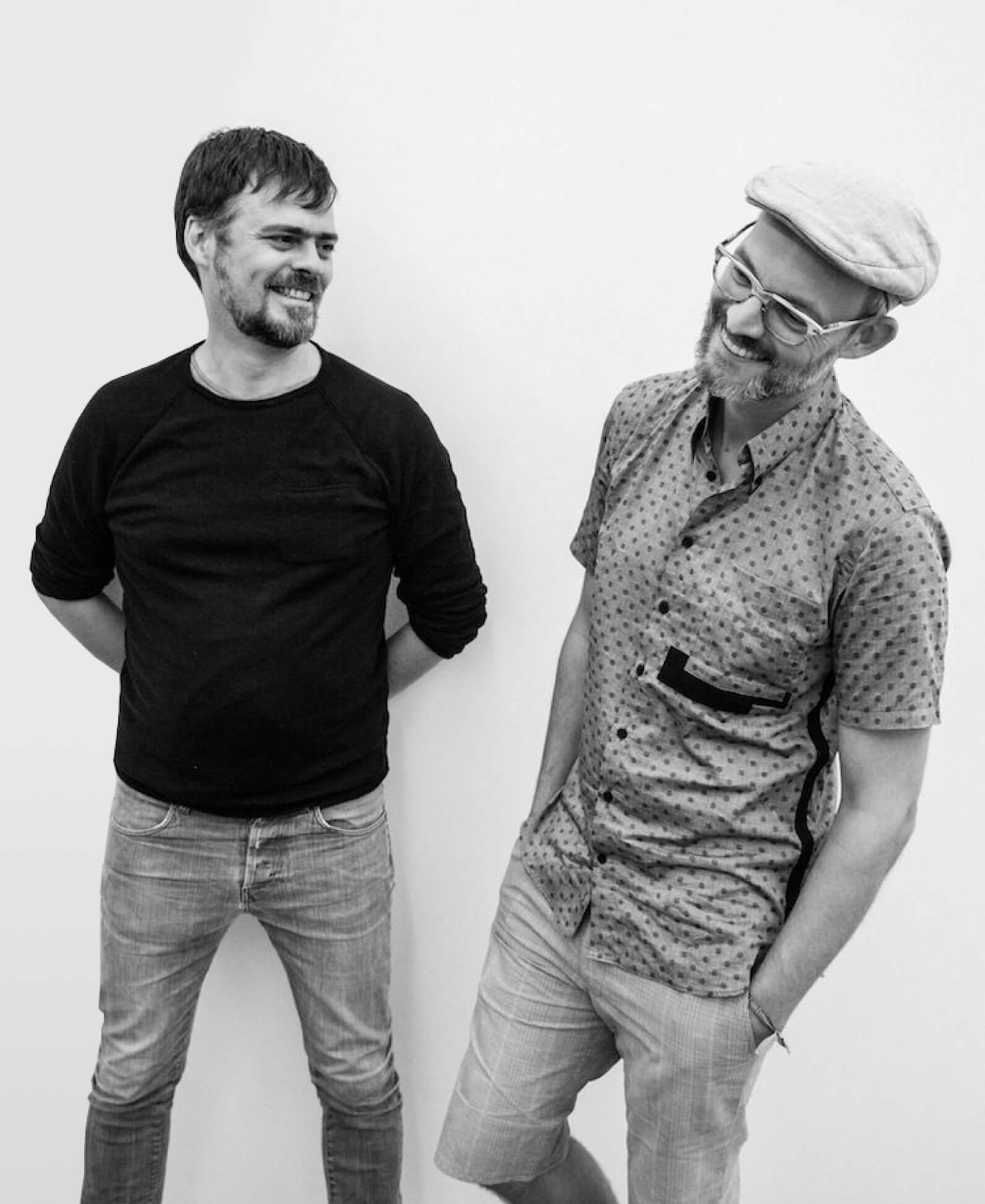 Florian Ortkrass and Hannes Koch were both born in 1975 in Germany. The two met at Brunel University, graduating in 2002, before going on to study at the Royal College of Art. They founded Random International in 2005. Based in London with an outpost in Berlin, the studio today employs a large and diverse team of creatives.

Random International is a collaborative studio for experimental practice within contemporary art. Using science to develop a new material vocabulary, its work invites viewers to consider the man/machine relationship through explorations of behaviour and natural phenomena. In more than a decade since the studio’s inception, the focus of Random International’s artistic practice has continuously evolved, and today it embraces sculpture, performance, and installation, often on an architectural scale. Their highly collectable work creates a bridge between objects and products by merging monumental design, graphic artwork and technology.

Their Swarm Study series recreates the migratory patterns of birds using light. Using a digital algorithm that simulates the way insects swarm, the light installations chart birds’ flight trajectories through flashes of light. The viewer is invited into a responsive relationship with the work as the movement of the swarm illuminates the exhibition space.

Their critically acclaimed installation Rain Room is in the collection of Los Angeles County Museum of Art and has also been shown at London’s Barbican (2012); The Museum of Modern Art, New York (2013); and Yuz Museum, Shanghai (2015/2018). An edition of Rain Room has become the first permanently installed artwork at the Sharjah Art Foundation, UAE (2018).

Their work is also found in the permanent collections of the Museum of Modern Art New York, the Victoria & Albert Museum London, the Sharjah Art Foundation Sharjah, UAE, the Maxine & Stuart Frankel Foundation for Art Detroit, the YUZ Foundation Shanghai, and the Los Angeles County Museum of Art LA.