As a pioneer of the “American Studio Craft” movement, Wendell Castle has, over the years, scattered the seeds of his creative work, inspired by the vitality of natural forms, a poetic alchemy that heightens the senses.
Born in the US (1932-), the artist forged his creative path at the University of Kansas, majoring in Industrial Design and then obtaining his Master’s of Fine Arts with an emphasis in sculpture. Enriched by his apprenticeships and volunteer work, he sharpens his thoughts at the end of his pencil and then models the material. Firmly situated in his era, he embarked on a paradoxical and singular journey. In a rapidly expanding industrial society, at the dawn of the 1970s, he invented a language of furniture within a sculptural dimension, working with plywood.

In order to share his aesthetic choices, he approached industrial production. Supported by the company Stendig Beylerian associates, where several of the artist’s models were produced, including his ‘Molar’ collection, in plastic mould.

His creative journey nourished him, for these functional art, it sparked an obsessive imagination drawn from observations in nature and its presence in space. Nature’s growth, terrestrial power, the curve of the form, the illusion of balance, are all virtues that enrich his aesthetic vocabulary. His work often appears dictated by the power of the wood. The curve dominates and liberates itself in space, opposing mass, the lightness of its flight.

This relentless vitality from Wendell Castle’s gesture traces a story in a poetic trajectory. Without losing momentum, he returns to his craft, the artisanal gesture heightening the material. ‘Two seater,’ the desk ‘444,’ the chairs ‘Zephyr’ and ‘Alpha’ were designed in the 1970s, having not lost any of their beauty, the artist’s work grows older, without aging.

Hailed by the press, he exhibits his work in numerous galleries. Following in the footsteps of Wharton Esherick and George Nakashima, he gives feeling and sensuality to an object. An artisan of exception, he experiments in embellishment techniques and in the finishing touch of wood. Concerned with perfection, he controls the volume, the grain and the skin of his creations. On the blank page of his notebook, he plans out the tiniest contours of his projects. His passion and skill for his trade encouraged him to share his expertise, founding a school where he shares his ideas and know-how with many apprentices.

Working with the teams in his workshop, he composes an ode to wood. He selects the material, adds to it, compacts it and questions it. The uninterrupted thread throughout his collections propose a material that renews itself, sculpted with a chisel, smoothed with a fine grain, grooved with a saw, it anticipates the sculpted block to the depths of ebony, effects that transform in the light.

The pieces from the last few years unfold in a vast panoramic landscape, one by one, they take their place in the sensual and troubling world of Wendell Castle. Growing and budding, petals flush to the surface of the earth in an upward movement towards elsewhere, making its home in the original shell.

The exhibition ‘Planting Seeds’ at Carpenters Workshop Gallery Paris confirms the idea that the path constructs itself, unique, remarkable and coherent. Wendell Castle, planting seeds in the domestic space with new pieces that become more and more complex and, which seem, once revealed, to pursue, alone, their unique destiny.

Wendell Castle
I Give It All

Wendell Castle
From Where It Came | Bronze 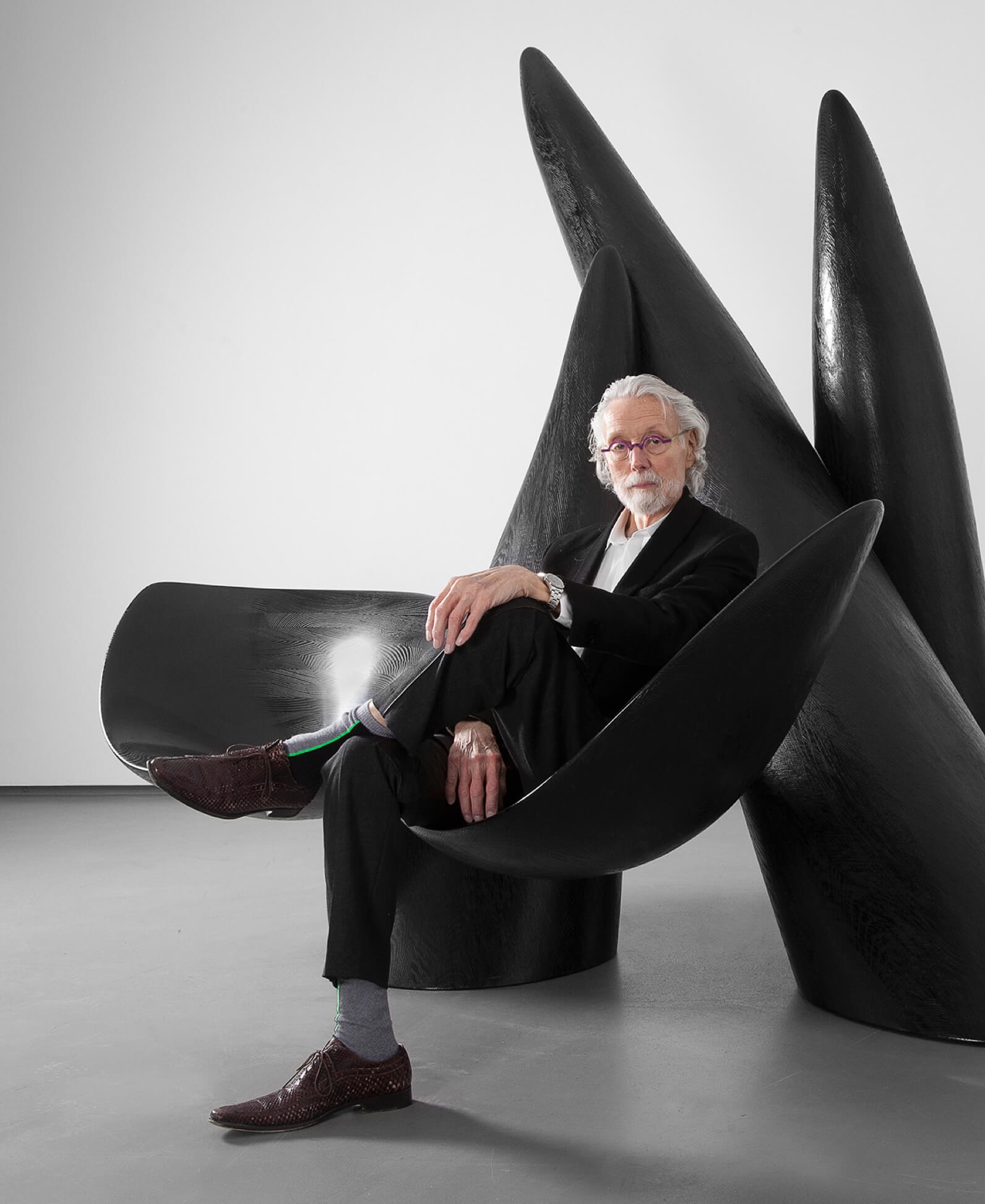 Born in Kansas in 1932, Wendell Castle received two degrees from the University of Kansas, one in industrial design in 1958 and the other in sculpture in 1961. He moved to Rochester, New York to teach at the School for American Crafts and established a permanent studio in the area that is still in operation today. He has continually reinvented himself for nearly six decades.

Often credited as the founding father of the American crafts movement, Castle has redefined sculpture and design by seamlessly merging the two into one discipline. He creates unique pieces that blur the distinction between design and sculpture. Castle’s organic and whimsical approach to sculpture incorporates his own invented technique of carving into stacked laminated wood known as lamination. His furniture designs for residential clients, public spaces, and a number of churches represent a unique exploration of the qualities and possibilities of wood and fiberglass.

His work can be found in the permanent collections of more than forty museums and cultural institutions, including the Victoria & Albert Museum in London, the Metropolitan Museum of Art in New York, the Museum of Modern Art in New York, and the White House in Washington, D.C. Moreover, he has been the recipient of many honors and awards, including four National Endowment for the Arts grants and the Modernism Lifetime Achievement Award from the Brooklyn Museum in 2007.

1999
/ Master of the Medium, The James Renwick Alliance of The National Museum of
American Art, Washington, USA.